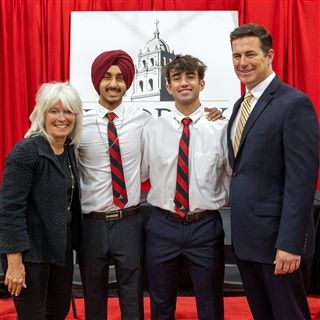 The Academic Awards honor a senior in each academic discipline who has excelled over and above simply earning a top grade, but who has also inspired others through his passion and leadership.