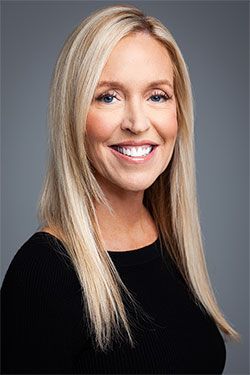 
Ms. Jennifer Kiernan, founder and executive director of Saving Amy, is the 2023 recipient of the Inés Pascual Award for Generous Service. The award will be presented at the 2023 Mother-Son Communion Breakfast, Saturday, Feb. 11. For more information, including a press release and award citation, click here.

Who Was Inés Pascual?

Inés Pascual played a significant role in the life of St. Ignatius. When he was limping, injured from battle, from Montserrat to Manresa, he met Inés, a Spanish noblewoman, who saw that he received food, shelter, and medical care. As Ignatius prepared for his studies in Paris, Inés accompanied him on many of his "begging tours," becoming known as a businesswoman and fundraiser on his behalf. She was the first recipient of one of the many letters Ignatius wrote to his companions, and many believe she is the only woman he ever called "mother."

Each year, Brophy recognizes a woman in our community who models the compassion and commitment of Inés Pascual. Just as Sra. Pascual worked to ensure the success of Ignatius and eventually the founding of the Jesuits, the recipient of the Inés Pascual Award for Generous Service is recognized for the generous ways she works to animate the values and ideals we have inherited from St. Ignatius. Established in 2017, the award is presented annually at the Mother-Son Communion Breakfast. The inaugural award was presented posthumously to Brophy's foundress, Mrs. William Henry Brophy, and was received by her granddaughter, Mrs. Kate Brophy.