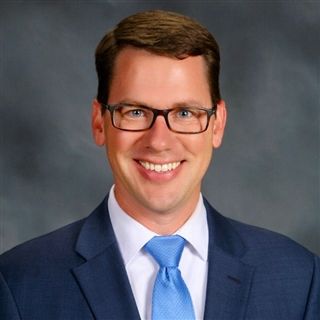 Former Brophy Educator to Succeed Bob Ryan as Principal in 2023

Dear Brophy Community,
Several weeks ago, the chair of Brophy’s Board of Trustees, Tom Palmer, announced Brophy’s leadership succession plan. I have been honored to serve as our principal and am humbled by the opportunity to become our school’s next president, following Adria’s retirement in June 2023. Today, I am excited to announce that Jim Bopp has accepted the position of principal, effective July 1, 2023.
Many reading this will know Jim. Although he has been principal at Creighton Preparatory, a Jesuit high school in Omaha, Nebraska, since fall 2016, he served at Brophy from 2005 until accepting this most recent role. During his eleven years at Brophy, Jim taught all levels of Physics and held the positions of dean of students and assistant principal for technology and Instruction. Jim holds a B.S. in Physics from Truman State University and an M.A. in Philosophy-Neuroscience-Psychology from Washington University in St. Louis.
While at Brophy, Jim was highly regarded as a brilliant teacher and an innovative and highly effective administrator. A Jesuit seminarian early in his career, Jim is steeped in Ignatian spirituality and his work is grounded in a deep and authentic commitment to the Jesuit mission. Notable among his many Brophy achievements, Jim led the effort to create the Innovation Commons – designing both the physical space and the curriculum, which continues today. While we were saddened to lose Jim six years ago, his impact and reputation were such that the invitation to lead Creighton Prep came as no surprise.
During his six years as Creighton’s principal, Jim is known to have had a transformational impact. He designed and implemented the school’s version of our Innovation Commons; strengthened the academic program; dramatically expanded student activities; overhauled student support services; and initiated a number of programs to deepen their commitment to equity and inclusion.
Jim will return to Brophy in the fall of 2022 to serve as an assistant principal until I transition to my next role. His presence next year will create the framework for a seamless transition and will bring the added benefit of his experience at a school with a block schedule as we implement that change in the fall. I am thrilled to welcome Jim and his family back to Brophy and am looking forward to the tremendous contributions he will make to our school community in the years ahead.
Sincerely,
Bob Ryan