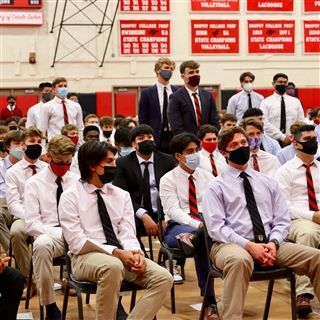 5/19/2021
This year, the Awards Assembly focused on the Class of 2021, with a second online presentation that included underclassmen. The senior event was May 18, with valedictorian Gustavo Chavez III and salutatorian Josephy "J.J." Agnone as masters of ceremony. Academic and Magis awards were conferred, and the spring and fall Distinguished Students were recognized. To watch a recording of the event livestream, click here.