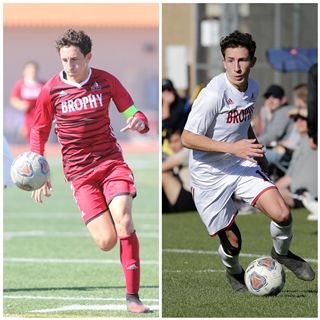 As a junior, he was named Arizona Player of the Year at the AZCentral Sports Awards last spring and was selected to play in the Allstate All-America Cup last summer. In November, AZCentral featured him in a story about his loyalty to Brophy over club soccer, and that same month he signed to play college soccer at the University of California, Irvine.

Educating Men for Others to serve the world.