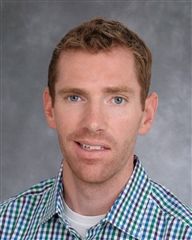 This award is given annually to a recent alumnus who, after graduation from Brophy, seeks to deepen his commitment to the ideals of Jesuit education in remarkable ways. Like St. Francis Xavier, who was moved by his encounter with Ignatius to boldly and selflessly live Ad Majorem Dei Gloriam — for the greater glory of God — the recipient of this award has been moved by his Jesuit education to find unique points of intersection between his talents and the needs of the world. Brophy is happy to announce that Nick Staab ’99 has been named the 2020 recipient of the St. Francis Xavier Award for Ignatian Identity.
Much like the intrepid missionary, St. Francis Xavier, Nick’s path to becoming a doctor has taken him from coast to coast and to various parts of the world, and his work studying infectious diseases — including human hookworm infection, Hepatitis B, influenza and now the novel coronavirus — has given this work a global trajectory.
After Brophy, Nick continued his Jesuit education at Georgetown University where he received a Bachelor of Science from the School of Foreign Service. He received a Master of Science in Public Health Microbiology and Emerging Infectious Disease from George Washington University and a Doctor of Medicine from the University of Southern California Keck School of Medicine. He spent three years as a pediatric resident at Advocate Children’s Hospital in Oak Lawn, Illinois. Along the way, a variety of internships and work experiences offered him invaluable training in everything from infectious diseases to homeless mortality to pediatric care.
With the COVID-19 pandemic, Nick’s work became critical to the health of the community where he was born and raised. As medical director for Arizona’s COVID-19 pandemic emergency response, he was increasingly relied upon to monitor new threats to public health, implement protective measures and deal with the oftentimes controversial decisions. He was especially involved in planning for the safe reopening of schools.
We are exceedingly fortunate to have had Nick’s expertise to rely on as the administration made difficult decisions about Brophy’s reopening. At one of the most crucial junctures of Nick’s career, with a family that includes his wife and three young children, he was unfailingly responsive and generous with his time — not only in advising administration, but in answering the myriad questions of parents at several AMDG webinars. For Nick, it was a genuine response that reflects his personal mission — promoting the well-being of youth in Arizona — his top professional priority.
Undoubtedly, with his training and résumé, Nick could have chosen any path in medicine. This fall, Nick returns to Maricopa County Department of Public Health as a medical epidemiologist where his heart — and his Jesuit education — tell him he can best serve and protect the community he calls home.
It is with great pride that Brophy recognizes Nick Staab ‘99 with the St. Francis Xavier Award for Ignatian Identity.