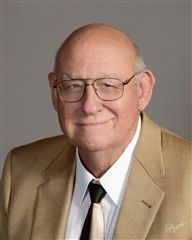 This award is given annually to a Brophy alumnus whose life and life’s work exemplify a sustained commitment to the values of Jesuit education. This is the Brophy community’s affirmation of one alumnus who is recognized and honored for the ways he personifies the Brophy Graduate after Graduation. The recipient of this award, like St. Ignatius, has earned the respect and admiration of the community because of the significant impact he has had on the lives of others, particularly those most vulnerable. Brophy is happy to announce that Frank Barrios ‘60 has been named the 2020 recipient of the St. Ignatius of Loyola Award for Distinguished Service.
Frank Barrios states that it is not wealth and status on which we should be judged, but what we have done for our fellowmen. It is no wonder, then, that Frank has been honored time and again by organizations throughout the Valley for he has dedicated his life to serving his community and to honoring his heritage.
Frank’s family history is steeped in the same land that Fr. Eusebio Kino, S.J., explored three centuries ago; thus, it is only fitting that of all the organizations he has supported over the years, it is perhaps Kino Border Initiative where he has left the most indelible mark. When KBI was formed in 2009, Frank was there, instrumental in making it happen. In the decade-plus since then, he has been a tireless supporter and advocate for KBI and the migrant community it serves.
It is also no surprise that this son of the desert Southwest is known for his work on water sustainability initiatives in Arizona. A first-generation college graduate, he earned an engineering degree from Arizona State University in 1966, and since then has worked in every facet of water management. His professional career has taken him from the U.S. Bureau of Reclamation — where he was involved with the planning of the Central Arizona Project, to the Arizona Water Commission and the Department of Water Resources. In 2003 he was appointed to the Central Arizona Water Conservation District board where he served for three years.
Frank has sat on 18 boards over the years, serving as president of seven of them. He has received the Hon Kachina Award, the Kino Border Initiative Pope Francis Award and the Valle del Sol Hall of Fame Award, among others. He is also an author who has written “The Mexicans of Phoenix,” “A History of the Phoenix Society of St. Vincent de Paul,” and co-authored “Reflections from a Community: the History of Chicanos por La Causa, 1960-2009.”
Frank’s life reflects the teachings of St. Ignatius who asked that we show our love through deeds more than words, and that we pray that God will take care of all but act as though it is up to each of us.
Brophy proudly and gratefully recognizes Frank Barrios ’60 as the recipient of the 2020 St. Ignatius of Loyola Award for Distinguished Service.